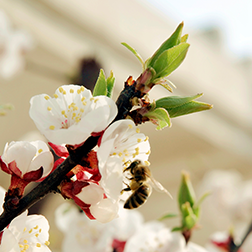 I. About Liaocheng University

The west and east campuses of the university cover a total area of 500 acres with building spaces of 750,000 m2. The total value of laboratory facilities and equipment are RMB 3.35 million. Its libraries have a collection of 2,700,000 volumes plus 28,808 GB of electronic books and journals. With its picturesque lakes and evergreens -- together with many modern teaching facilities, lab buildings, libraries, web centers, and gymnasiums -- the campus creates an elegant environment for study and research.

Liaocheng University focuses on teaching excellence, and continually improves upon its educational model --- Teaching students in accordance with their aptitude and their aspirations. LU has graduated more than 160,000 students, who are playing important roles in different walks of society. Many of whom are recognized as outstanding teachers, administrators, scientists and entrepreneurs.

The University boasts solid academic foundation and advantage in chemistry, information and communication engineering, world history, Chinese language and literature, education and agriculture. It has also developed featured research on the Pacific Islands, the Beijing-Hangzhou Grand Canal, biological pharmacy and environmental information. The Teachers Education and the Cultivation of the Reserved Military Officers have formed the two distinctive fields of study. Liaocheng University, together with the local government, has established such high-level research platforms as the Institute for New-energy Automobiles, the Research Center for Non-Ferrous Metals, the Institute for Quality Control and Development so as to better serve and promote the development of the local economy and society.

The University actively promotes international exchange and cooperation with a goal to internationalize its education. It has established cooperative relationships with 60 universities and research institutes in 20 countries such as the US, Japan, Russia, Germany, France, Italy, and South Korea. Over 50 cooperative projects have been launched which include faculty exchange, student exchange, and joint-educational programs. A Confucius Institute is jointly run with Philadelphia University in Jordan.

Liaocheng University’s motto of “being dedicated, erudite, realistic and creative” has inspired its people to move forward for years. With its established academic foundation and untapped potential, LU will work hard to realize its vision to continually be among the first-rate educational and intellectual resources in the country.

Liaocheng University welcomes you to our beautiful and congenial campus.

Water City North of the Yangtze River, Ancient City on the Grand Canal

One of the Ten Leisure Cities in China